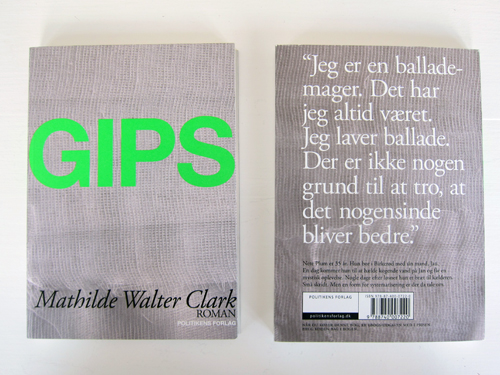 “Mathilde Walter Clark has written a truly funny novel of fury. Eloquent with an original sense of humor and a grotesque eye for the black comedy of everyday life”

“Mad in the clear-headed way”

“Mathilde Walter Clark’s language sparks. With lazer beam precision she dismembers the pc tyrany and the modern family. In such away that you almost fall in love with this half-psychotic female narrator. You are in great company.

“Sharp, absurd and most of all insanely entertaining”

“Gentle, yet fierce in her solidarity with Nete and her unwillingness to submit to Everyday Denmark’s need for homogeneity. It is entertaining and sharp, and you are in excellent company with the fury from Birkerød.”

“A wild revolt against bourgeoisie, habits and the ‘we-usually-do-it-this-way” kind of thinking. It is a remarkable book, Mathilde Walter Clark has written. Wittily told in a delightfully everyday language tone. 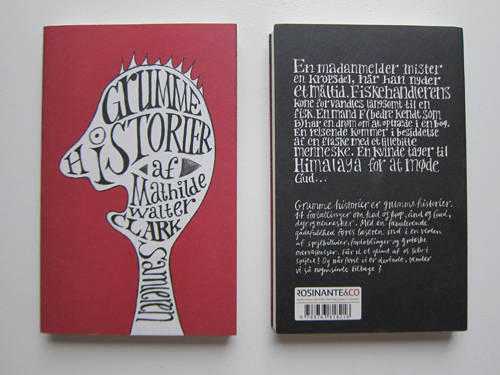 “Baroque, indeed, and sometimes grim. But you quickly sense that there is more to Clark’s prose. There is something on stake. She wants something with her stories, which makes her a rare species among Danish prose writers, who far too often settles for ordinary writing about ordinary people’s ordinariness. It is truly well done.”

“Mathilde Walter Clark seems like Gyrdir Eliasson [recipient of Nordic Counsel Literature Prize 2011] to be in dialogue with masters such as Kafka and Borges. There are metamorphoses, absurdities, doubles, metafiction, realities askew and screwed. It is intelligent, well-written, clever and funny, and the best of the stories stays with the reader as simple, enigmatic and a little heart-breaking parables...Enjoy!”

“There is substance and a true will to investigate the outermost territories of existence in Mathilde Walter Clark’s masterly strong Grim Stories. This is my first meeting with Clark – and I am sold! [...] Here is the inner struggle, the true provocation, that doesn’t only put the reader but also the author at stake.

“If you need a dose of humorous gravity in the flood of well-behaved Danish descriptions of everyday life you should go on a trip with Mathilde Walter Clark. The cover, drawn by the author herself, is a signal that you are leaving mainstream area.”

“A fine balance between imaginative play and philosophical parable that investigate the fluid boundaries of the human and non-human. They are beautifully written and elegantly put together. Grim in the heartbreaking way.”

Mathilde Walter Clark’s collection of stories Grumme historier is an intelligent play with fairy tale. Not the flat idyllic version of fairy tale, but the sneering, grotesque and undermining. It is both entertaining and frightening. Not a bad combination.

Zany tales from around the world. With a strong legacy from Karen Blixen [Isak Dinesen] Mathilde Walter Clark has written 14 stories with mysterious and mythical fairy tale traits.[...] An international firecracker.

The greatest joy of literature is it’s prose. Not the story, the plot. Nor the love tangles or everything else otherwise enjoyable. But the well-composed sentence that can commands even the most unwilling reader to listen with the eyes. Mathilde Walter Clark write such books. [...] It is tempting to talk about Blixenian [Isak Dinesen] dimensions in Mathilde Walter Clarks production, but every artist deserves to be praised as an individual without comparison. In Clark’s productions you sense the streaming, unimpeded talent that can fill the shortage of quality literature –in years to come. 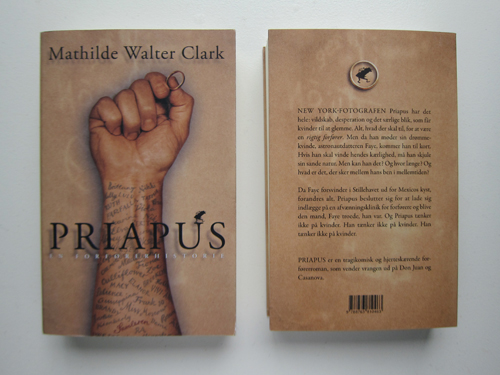 “Finally a road novel, a seduction story, a woman’s mild yet ruthless exposure of the Don Juan’s self image, an epos reverberating Greek mythology and roman satire, a humorous weaving of the story of Parzival and a Rushdiesque magical realism; and finally a bittersweet tale of fate with a touch of Blixen [Isak Dinesen]. All updated to modern times and superbly supplied with wonderfully baroque scenes and minor characters … a wonderful, funny, wise, generous, tragi comical everything-novel about the eternally restless male lust.”

»Mathilde Walter Clark has written an existentialistic, tragicomical and entertaining novel about the male seducer, that have fascinated and repelled through all times. A genuinely great story. Elegant and liberating.”

“Way to go! Mathilde Walter Clark is funny, sharp and clear cut on behalf of the oposite sex. A novel of strong and beautiful words” 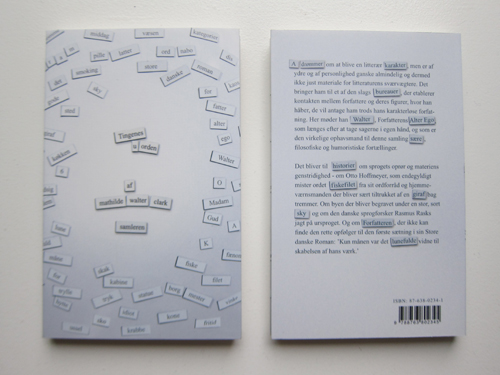 “I have to express my sincerest joy that such a dry, crafty and baroque pen has entered the arena.”

“The most original Danish writer since Svend Åge Madsen.”

"I will gladly remove my critical head for the bold thinking and the courage of Mathilde Walter Clark ..."

"[The stories] don't simply entertain, they expand and challenge the reader [...] A good piece of advice: get your hands on these wise and illuminating stories that posses a humor so absurd that you would think they were composed in a pitch black cellar."

"...an insanely well-written novel which bubbles over with humor and linguistic ingenuity [...] a talented raid of the modern human psyche"

"There is far between the laughs in contemporary Danish literature. But Mathilde Walter Clark supply them."

"....a magnificent burst of linguistic energy and a huge joy in story-telling [...] it immediately catches the reader and call for enthusiastic outbursts such as: Yes! Way to go! Well written!"

"Mathilde Walter Clark's first book is a promising and intelligent story about a man being driven by his ego's admonishing voice."

"An excellent and compositionally inventive debut..."

“…an outstanding debut. (…) it is elegant and convincingly written.